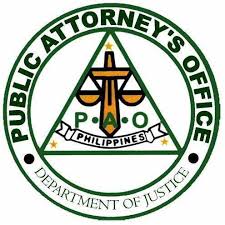 Our neighbor said that my cousin, who already left to work abroad, obtained a loan from him that was left unpaid. He claimed that I am bound to pay for it because my cousin allegedly told him that I would be willing to pay in case he fails to do so. Is that possible? I do not know what their agreement was; neither did I sign anything binding myself to pay for my cousin's debt.

It appears that your cousin entered into a contract with your neighbor, particularly a contract of loan. If said contract was entered into only by and between them, then they are the only ones bound by the obligations that arise therefrom, as well as their assigns and heirs. This is in accordance with our law, specifically Article 1311 of the New Civil Code of the Philippines:

"Art. 1311. Contracts take effect only between the parties, their assigns and heirs, except in case where the rights and obligations arising from the contract are not transmissible by their nature, or by stipulation or by provision of law. The heir is not liable beyond the value of the property he received from the decedent."

It bears stressing also that a contract that is entered into in the name of another by one who has no authority to do so is not enforceable, unless ratified by the former. This includes a supposed promise to answer for the debt of another. Articles 1317 and 1403 of the said law clearly state:

"Art. 1317. No one may contract in the name of another without being authorized by the latter, or unless he has by law a right to represent him.

"A contract entered into in the name of another by one who has no authority or legal representation, or who has acted beyond his powers, shall be unenforceable, unless it is ratified, expressly or impliedly, by the person on whose behalf it has been executed, before it is revoked by the other contracting party.

"Art. 1403. The following contracts are unenforceable, unless they are ratified:

"(1) Those entered into in the name of another person by one who has been given no authority or legal representation, or who has acted beyond his powers;

"(2) Those that do not comply with the Statute of Frauds as set forth in this number. In the following cases an agreement hereafter made shall be unenforceable by action, unless the same, or some note or memorandum, thereof, be in writing, and subscribed by the party charged, or by his agent; evidence, therefore, of the agreement cannot be received without the writing, or a secondary evidence of its contents: x x x

"(b) A special promise to answer for the debt, default, or miscarriage of another;"

Accordingly, you may not be held responsible to pay for the unpaid obligation of your cousin if there is no written agreement evidencing that you bound yourself to answer for the same in case he fails or defaults from his obligation, or if you did not ratify their alleged agreement.

We hope that we were able to answer your queries. Please be reminded that this advice is based solely on the facts you have narrated and our appreciation of the same. Our opinion may vary when other facts are changed or elaborated.

Editor's note: Dear PAO is a daily column of the Public Attorney's Office. Questions for Chief Acosta may be sent to dearpao@manilatimes.net

Conciliation in the barangay

Who won the ICC withdrawal case?