The law and PDP-Laban 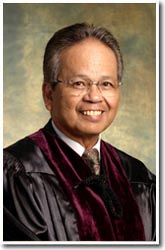 How can this so-called division be resolved? According to jurisprudence, it should first be resolved internally by the “factions” and their leaders. Accordingly, the “Cusi faction” offered Pacquiao a slot in its senatorial slate which the latter summarily declined. His faction touts him as their top choice for the top post, if necessary, as an independent candidate. They added he was open to the support of, or to a coalition with, other political parties but not to join them.

According to election lawyer Romulo Macalintal, the rift—if not internally healed soon—will cause “the party, its officers and members big, serious and conflicting claims as to who has the authority to call a national convention to nominate candidates, and to sign official documents.”

On the other hand, if indeed the rift persists, the Commission on Elections (Comelec) is legally mandated to determine which of the “factions” shall prevail, and who the party’s legitimate officers are. The Comelec’s decision may be reviewed by the Supreme Court.

Registered political parties, like the PDP-Laban, are required to file with the Comelec their “Sworn Information and Update Statement” (SIUS) on or before Aug. 15, a requirement that both “factions” claim to have fulfilled. Consequently, the Comelec is legally tasked, after due process, to select the valid SIUS.

Should the Comelec fail to decide in the next 30 days, it must do so after Oct. 1-8 when (candidates and) political parties shall file their official list of candidates for the May 2022 elections. To stress, the Comelec will need to proclaim who the legal officers of the PDP-Laban are, remembering that the law does not recognize “factions,” it recognizes only political parties. Nonetheless, the candidates of the losing “faction” will be deemed independent candidates.

Why is it legally important to be an official candidate of the PDP-Laban Party? The answer is found in LDP v. Comelec (Feb. 24, 2004), as follows: “The law grants a registered political party certain rights and privileges, which, naturally, redound to the benefit of its candidates… The dominant majority party, the dominant minority party as determined by the COMELEC, for instance, is entitled to a copy of the election returns. The six (6) accredited major political parties may nominate the principal watchers to be designated by the Commission. The two principal watchers representing the ruling coalition and the dominant opposition coalition in a precinct shall, if available, affix their signatures and thumbmarks on the election returns for that precinct. Three (3) of the six accredited major political parties are entitled to receive copies of the certificate of canvass. Registered political parties whose candidates obtained at least ten percent (10%) of the total votes cast in the next preceding senatorial election shall each have a watcher and/or representative in the procurement and watermarking of papers to be used in the printing of election returns and official ballots and in the printing, numbering, storage, and distribution thereof. Finally, a candidate and his political party are authorized to spend more per voter than a candidate without a political party.”

Because of these advantages, candidates for national offices prefer to be endorsed by the dominant majority party (currently the PDP-Laban) or the dominant minority party (probably the Liberal Party) or by any of the six accredited major parties.

Instead of running as an independent, Pacquiao may opt to coalesce with the dominant minority party, or with one of the six accredited parties. After all, Leni Robredo, the Liberal Party leader, said she is open to coalesce with him and/or other opposition candidates/parties.

The cost of presidential campaigns

Conciliation in the barangay